There were vines in the area of Blaye way before our own history. “Le Vin de Blaye” (in Les Cahiers de Vitrezais) mentions the presence of vines in 1581 in a place called ‘Gratte Cap’, and of a wine house in 1641 in Mazerolles’s village.

Around 1850, one of my ancestors, Bernard ARDOIN, a weaver, settled down in Cars, in a place named ‘Les Rousseaux’; he bought a small house as well as a wine house and a few vines. Over the following years, the estate expanded little by little. 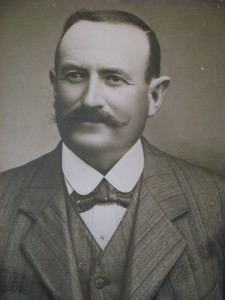 In 1904, my great-grand-father, Alexandre ARDOIN, bought a 5ha-estate in Mazerolles, in a village called Saint-Martin Lacaussade. The two estates were very close as they were less than one kilometre away from each other. The quality of the soil of these 5 hectares was already acknowledged; the 2nd FERRET edition (Bordeaux and its wines) had listed this estate in ‘cru bourgeois’ in 1868. The abode was built in 1856 and is what we are used to calling in our region an “imposing town house”. It towers above the Gironde’s estuary and from there we can see the Médoc and more specifically the estates of Saint-Julien and Pauillac. It was designed, on the back side, with a barrel cellar which is half-buried; this gives us the best temperature and hygrometric conditions which are necessary to the production of our wines.

In 1932, my grand-parents took over the estate and expanded it by buying a few plots. 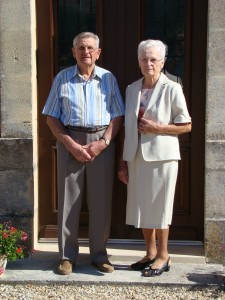 After the early death of my grand-father Jean-Pierre Ardoin, my father, Laurent, took over at a very young age with the help of my grand-mother. Born in 1933, he started running the estate in 1957. From my parents’ marriage, the estate got three more hectares, in 1968, located on a nice top, right at the back of the abode’s buildings.

After the 1956’s frost, my parents devoted themselves to the restructuring of the estate and of the wine house in order to make it a very functional property.

I came back on the estate in 1990, joined by my wife, Béatrice, in 2000, in order to continue the work of several generations. We bought 3 more hectares in 2013. The estate has now 20 hectares surrounding the house – the furthest plot is not much more than one kilometre away.

Over the last 20 years, we have endeavoured to get the quality of our wines acknowledged. Indeed, today, we sell all our production in France and abroad. All this thanks to our great soil which is exalted in our wines, which we invite you to discover.

The names of our wines

Château Les Rousseaux: this denomination comes from the cadastral name of one of our plots located in Cars, in a place named ‘Les Rousseaux’.

The wine ‘Mayne-David’: Mayne also comes from plots located in Cars, in a place named ‘Mayne-Guion’, close to ‘Les Rousseaux’; and David is the name of the former owner of the house which is designed on the label.

Château Cap Saint-Martin: formerly, our great-grand-father used to sell his wine under the name of ‘Cru Gayet’. This name can still be read above the door of the fermenting room. ‘Gayet’ comes from a small plot, but we have no proof of the existence of this name in the estate’s acts. After a differing with another winegrower who used the name ‘Gayet’, my father created the name ‘Cap Saint-Martin’ in 1966. It refers to the name of a plot (‘Gratte-Cap’) and to the village ‘Saint-Martin’.

The wine ‘Cuvée Prestige’: we have created this wine in 1999, using the harvest of our best plots.

Château Mazerolles-Benoît ‘Cuvée Saint-Martin’: in 1968, when my parents bought three more hectares, they didn’t take the adjoining house and cellars. Nevertheless, these plots are listed under the name ‘Mazerolles’; and ‘Benoit’ refers to our house’s owner in 1868. ‘Saint-Martin’ is our village.